The state of the steel industry in America 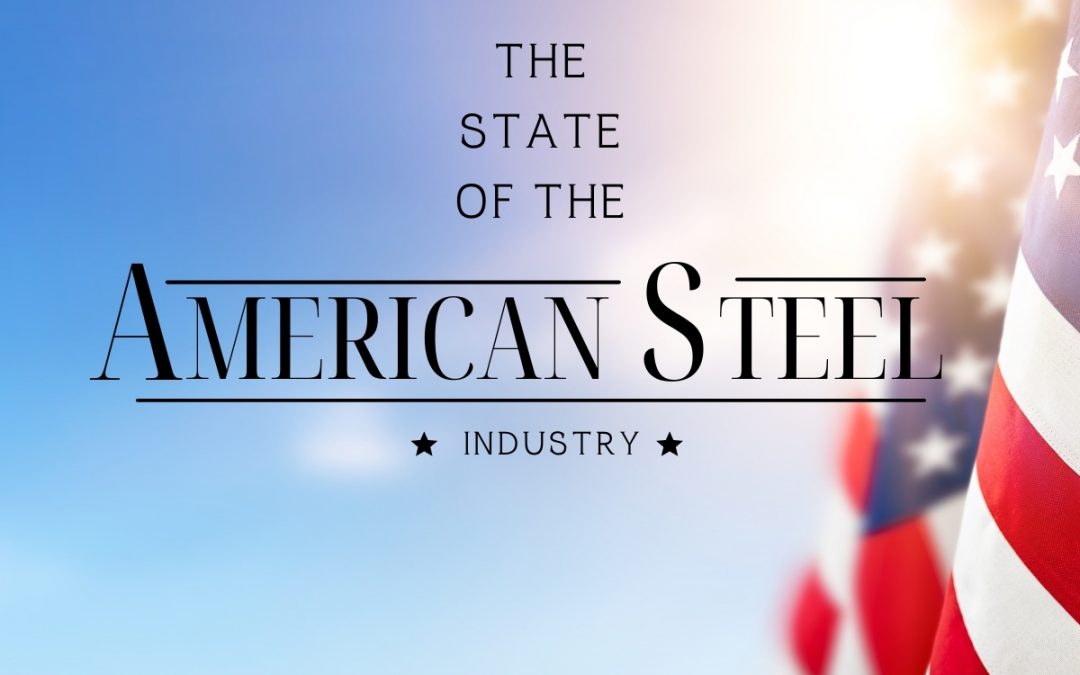 Since the 19th century, the United States has played a major role in the global steel market. The industry started to take off in the decades following the Civil War, with production steadily increasing with each decade.

In 1880, annual production was approximately 1.25 million tons, in 1900, 10 million tons, and in 1910,  24 million tons – which was by far the greatest of any country and accounted for approximately 40% of the global steel production that year. The amount of jobs generated by the growing steel industry, and the economic output it created, allowed the American economy to become the biggest in the world.

Throughout the 20th century, technological advancement allowed the U.S. to increase production capacity, and with this came an increase in both domestic and international demand for steel.

After World War II, global steel demand sky-rocketed. After all, many countries were devastated by the war and required steel to rebuild their infrastructure, and seeing as they didn’t have the steel production capacity to meet their needs, they turned to the U.S. steel industry to help them.

While there’s no doubt that historically the U.S. has been a huge player in the steel industry, you may be wondering about the state of the industry today.

While the steel industry still remains important to the American economy, its influence has declined since the mid-20th century. In 2018, crude steel production amounted to about 73% of 1970 production levels, despite global production tripling since this time.

So what led to this decline?

Firstly, the technological advancements seen in the 20th century enabled companies to produce steel with significantly less manpower. This resulted in jobs lost in the steel industry, though created employment in other sectors such as technology, which diminished the relative influence of the steel industry on the overall American economy.

Secondly, the increase of steel production in other countries inevitably affected the  U.S. industry. After the U.S. sold steel at low costs to European countries and Japan after World War II, ironically, these countries were able to reconstruct their steel mills and construct new ones, meaning they could once again meet their domestic demand and no longer needed American steel.

The role of China in steel

While America was falling out of position as the leading producer of steel, China was waiting in the wings. Since the turn of the century, Chinese steel production has been booming. In 2000, China produced 127,236 tons of crude steel, accounting for around 15% of global production (847,057 thousand tons).

That’s not all though – in 2018, China exceeded the global production in 2000, producing approximately 928,300 thousand tons of crude steel – which was over half of the 1,808,000 thousand tons produced globally in 2018. Moreover, in 2020, China became the first country to produce over one billion tons of steel, which accounted for 57% of the world’s steel production.

Over the last few decades, American steel production has steadily decreased, whereas Chinese production steadily increased until around 2000, at which point it skyrocketed, boosting global production levels with it.

China’s rapid production of steel was met with a similar increase in national demand, however, in 2014, supply finally began to exceed demand within the country. As a result, China began to flood the global market with unprecedented amounts of steel.

This is evident in the export statistics between 2014 and 2015, whereby Chinese steel exports increased from 45 million tons to 97 million tons. In fact, China’s 2015 exports exceeded the entirety of American steel production for that year, which was 79 million tons.

However, China’s massive surplus hasn’t slowed down the rest of the world’s steel production. Even when excluding China, global steel production increased by seven percent from 2015 to 2018.

China views its steel industry as a source of national pride and industrial esteem, and this is true of many other countries, including Italy and the United Kingdom. Many governments have provided monetary or legislative support to domestic steel producers. This is even true of the American government – whose rise to a global superpower was largely tied to the steel industry – and it undoubtedly feels a sense of pride towards American steel production and concern over the future of steel companies and their employees.

While America’s steel industry has declined since the 20th-century boom in production, it’s still significant in a global context. In 2020, it was ranked 4th in the world in crude steel production, behind China, India, and Japan.

According to a recently released analysis from the American Iron and Steel Institute, the American iron and steel industry accounted for more than $520 billion in economic output and nearly two million jobs in 2017 when considering the direct, indirect (supplier), and induced impacts. These workers earned over $130 billion in wages and benefits, and, all told, the industry generated $56 billion in federal, state, and local taxes.

Steel is also the material of choice for many elements of manufacturing, construction, transportation, and various consumer products, and, while it was traditionally valued for its strength, steel has also become the most recycled material. About two-thirds of the steel produced in the United States in 2008 was made from scrap rather than iron ore.

While it’s not what it once was, the steel industry is still integral to the U.S. economy and the U.S. will continue to be a major player in the global steel industry for the foreseeable future. We know that on a local level, demand for buying quality steel products is high, and we don’t see this going away any time soon.